With Doug Watson entering as many as four horses in the Listed Dubai Creek Mile Sponsored By Reserve Forces Command Listed Stakes, the feature race at Thursday’s Racing at Meydan domestic fixture, it was always going to be a problem of plenty for stable jockey Pat Dobbs.

But Watson’s trusted first rider of many seasons made an astute pick with the progressive Prince Eiji who would run out an impressive winner over the Musabeh Al Mheiri-trained Danyah (Dane O’Neil) in a well-contested renewal of a race that is an early pointer to some of the big races ahead.

Watson’s three other runners, Thegreatcollection, Everfast, and Golden Goal finished fourth, fifth, and eight which pleased the former champion handler who was in high spirits

“Bring on the Carnival, let’s see what we can do,” said Watson after the race.

“I thought all of our horses ran great. Golden Goal ran well with a penalty and it was good to see Thegreatcollection came back into form. Everfast hit a wall there maybe he just got a little tired. But they all ran well.”

Winning rider Pat Dobbs described Prince Eiji, a six-year-old son of Dubawi who was previously trained in the UK by Roger Varian, as a ‘neat horse’.

After the field broke for the start of the mile Dane O’Neill took the Shadwell-owned Danyah to the front from where he hoped to steal the race.

Entering the last furlong Danyah still held the lead but was soon challenged by Prince Eiji who took over the running and held on well for a length and three-quarters victory.

The winner was completing a double for the master of Red Stables, one of the oldest training bases in Dubai after Colour Up ran away with the opening racing of the evening, the Abu Dhabi Sponsored by Land Forces Command Maiden.

Reigning champion trainer Bhupat Seemar matched Watson’s feat which was a pair of winners himself.

The first of these were delivered by Morning, a smart juvenile by Irish stallion Munnings, who improved upon his fourth-place finish on his career debut to land the Sharjah Sponsored by Air Force and Air Defense Command Maiden.

All seven races on the card carried the name of the seven Emirates that make up the UAE as a tribute to the country’s 51st anniversary celebrations on National Day on Friday.

Dubai Desert Classic: A golf tournament like no other 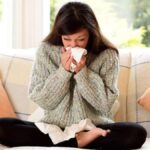 Influenza, Covid in UAE: Why do cases rise in winter?
Next Article 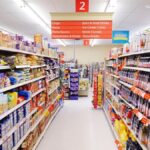 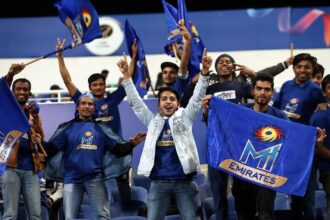 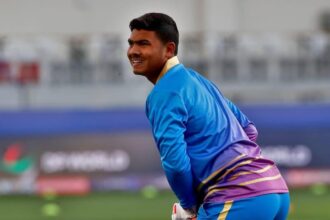 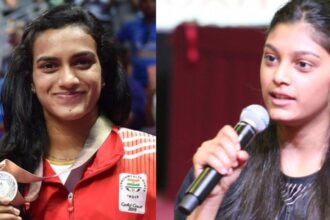 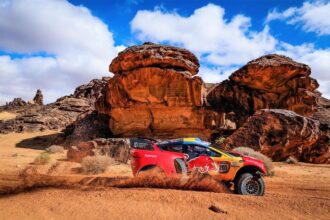